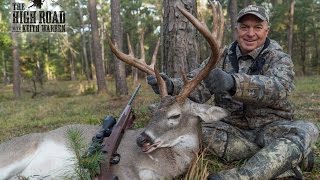 For three decades Dr. James Kroll has been researching whitetail deer. Keith is in for a big surprise as with three decades of deer management, this place is about as good as any place on the planet for giant whitetails.

Keith Warren is an icon in the outdoor television industry and a devoted conservationist. He has been producing and hosting television shows specifically geared to outdoorsmen for thirty years and has appeared on networks such as Outdoor Channel, Sportsman Channel, VERSUS, ESPN, ESPN 2, and Pursuit Channel.