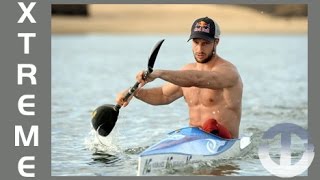 In 2009, Max was crowned U23 European Flatwater Champion, and has since scored a host of medals, podium places and titles, including Wildwater Sprint World Champion. In 2012, he represented his country at the Olympic Games in London, and continues to “try to achieve my personal goal and make a mark on my sport’s history.”

TWS features sports action from around the globe, including reports from the biggest international competitions, in-depth features on lesser-known sports and profiles of rising stars of the future.